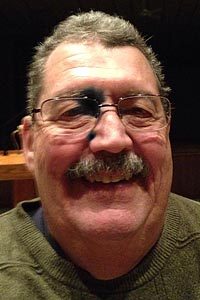 He was a 1967 graduate of Salem High School and attended Youngstown State University’s Dana School of Music. While in school, he was a member and past president of Phi Mu Alpha Sinfonia, national music fraternity.

Roy began his music career at the former Sebastian Music Center in Youngstown. He later became the piano and organ manager for Falls Music Center in Cuyahoga Falls and owned The Music Place in Boardman.

While a member of Holy Family Church years ago, Roy was in the choir and contemporary music ensemble. For the past several years, Roy dedicatedly worked as the music director at St. Joseph Church in Austintown.

Throughout the years, Roy performed with many area bands as keyboard player and drummer. He earned the President’s Award and Crescendo Club Awards from Church Organ Systems, division of Baldwin Piano and Organ Co.

Besides his passion for music, Roy enjoyed golfing. He was a charter member and past president for Holy Family Golf League, former member of Flying B Golf League, and currently golfed in Knoll Run’s Golf League.

Roy is survived by his daughter, Julianne Bush of Poland; his companion Mitzi Hrvatin Everhart; and his former wife, Mary Ann Bilas.

He was preceded in death by his parents.

Friends and family may call from 4 to 7 p.m. Sunday at the funeral home.

Visit www.higgins-reardon.com to send condolences to the family.