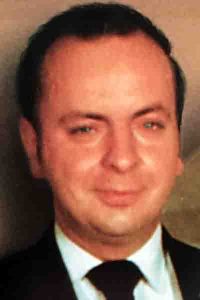 He was born July 20, 1940, in Garfield Heights, the son of Clarence and Florence Mantifel Walters.

Robert was a veteran of the U.S. Army and played the trombone in the military band during his deployment in Germany. He received his bachelor’s degree from Kent State University and worked as an internal auditor for LTV Steel Co. for 35 years.

He spent his free time volunteering for various organizations, including the American Cancer Association, the Special Olympics and Meals on Wheels, and he was a volunteer agency member. He was a winner of the Ohio Volunteer of the Year Award.

He was preceded in death by his parents; and his daughter, Julie Walters.

A Mass of Christian burial will be held at 10 a.m. Wednesday, Sept. 18, 2019, at Holy Family Parish, with Msgr. Connell officiating.

In lieu of flowers, memorial donations may be made to The Purple Cat, 4738 McCartney Road, Coitsville, Ohio 44436.

Arrangements have been entrusted to the Higgins-Reardon Funeral Homes, Poland Chapel.

Condolences may be sent at www.higgins-reardon.com.