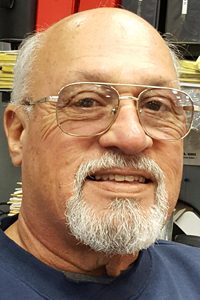 Richard was a 1965 graduate of Niles McKinley High School, employed as a truck driver at Nick Strimbu Inc. for 20 years and Trinity Industries for 10 years, before retiring. After his retirement, he worked for his son, Jay, driving a semi-truck.

He enjoyed golfing and riding his Harley with his best friend, Tom; fishing; and was a U.S. Naval veteran of the Vietnam War.

Memories of Richard will be carried on by his mother of Niles; his loving wife, Rita Harding Lara, whom he married March 2, 1968; two sons, Rick Lara and his wife, Christine of Niles, and Jason A. Lara and his fiancee, Antoinette Monroe of Niles; a sister, Linda Arnold and her husband Thomas of Warren; six grandchildren, Ryan Gregory, Samantha Monroe, Daniel Monroe and his wife Marietta, Allison Lara Trickett and her wife Beth, Ashley Lara, and Jason C. Lara; a nephew, Christopher Arnold; and a niece, Kimberly Arnold.

He was preceded in death by his father.

Friends may call from 4 p.m. until the time of the 6 p.m. funeral service Saturday, at The Joseph Rossi and Sons Funeral Home in Niles, where Richard will also be honored for his military service.

Arrangements are being handled by The Joseph Rossi and Sons Funeral Home in Niles.

Family and friends can light a candle, sign the guest book, and send e-mail condolences at www.josephrossifuneralhome.com.