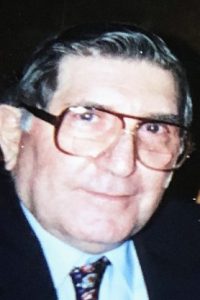 He was born April 21, 1926, in Niles, the son of Nick and Maria Antoinette Pela Chuirazzi.

He was a 1944 graduate of Niles McKinley High School, was employed for 26 years at Johnny’s Amoco Service as a mechanic, for five years at Ohio Edison as a labor foreman, and for 14 years at Santisi’s Trucking, retiring in 1994.

He was a member of Our Lady of Mount Carmel Parish in Niles, enjoyed casino trips and was an avid Cleveland Indians baseball fan. He also enjoyed spending time with family, especially with his grandchildren, playing baseball while in the service, and was a United States Army veteran of World War II.

A memorial Mass will be held 10 a.m. Saturday at Our Lady of Mount Carmel Catholic Church in Niles. Louis will be honored for his military services immediately after the Mass. Following services, the family will receive friends in Holy Family Hall. Burial will be in Niles City Cemetery.

Arrangements are being handled by the Joseph Rossi and Sons Funeral Home in Niles.

Family and friends can light a candle, sign the guest book, and send e-mail condolences at www.josephrossi funeralhome.com.