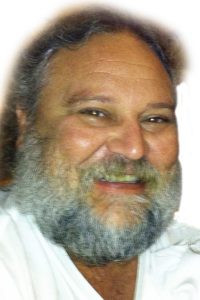 Dan worked as a highly skilled heavy equipment lead operator for 31 years. He worked for Mueller Resource Management, Quanta Services, and Miller Pipeline Corp. His work took him to many states but mainly along the East Coast and also Puerto Rico.

He was a member of the International Union of Operating Engineers Local 478 of Connecticut and Local 542 of Pennsylvania, Baltimore Local Union 37 and Pittsburgh Local Union 66. In addition, Dan was also a member of the Lawrence County Sportsmen’s Association.

Dan was an avid fisherman and hunter, and enjoyed shooting sporting clays. He was a great cook and gardener. He loved music and lived life to the fullest. Most important to him was his family and friends.

Dan is survived by his father, John Krill of North Lima; a sister, Lisa Krill-Roberts and her husband, Jason Roberts of Rowlett, Texas; his longtime companion, Jacquelin Campy of Youngstown; her children, Robert Campy, Michael Campy and Carly and her husband, Dan Matula, all from Boardman; and additional family of Jacquelin, a niece, Riley “Shorty” Belle Roberts of Rowlett, Texas; an uncle and aunt, Randy and Kathy Vegso of Canfield; a cousin, Jeff Vegso of Austintown; and his four-legged fur baby, Peanut.

There will be a Celebration of Life calling hours from 5 to 7 p.m. Thursday, Sept. 12, 2019, at Davis-Becker Funeral Home, 8536 Market St., Boardman, with a memorial service to follow.

The family requests that material tributes take the form of contributions to the donor’s favorite charity in memory of Dan.

Dan was a devoted son, brother, uncle, and friend to all. He enjoyed spending time with his family and friends and will be sorely missed by all who where fortunate enough to know him.

Condolences may be sent at www.beckerobits.com.