POLAND TOWNSHIP — Speeding issues in Poland Township took center stage at the Wednesday meeting, where trustees heard from residents, the police chief and a member of the park board.

The issue of speeding on township roads is not a new one. Police Chief Brian Goodin said the speed trailer the township has used for many years is outdated. Many communities are turning to the new LED signs that are solar powered and can be easily attached to a pole.

“With our trailer, we had to get permission from a property owner, then we would have to drive on their lawn to set the trailer up,” Goodin said.

He also noted that high school kids were actually trying to see how high they could get the numbers that flashed on the trailer’s screen.

“The new system can be capped off to prevent that from happening,” he said.

The new solar-powered speed signs are easy to place by just strapping it to a pole. Its small design makes it easy to carry around, compared to hitching up a trailer.

One resident concerned about the speeding was Pam Burns, who spoke during the public comments portion. She told trustees she purchased the “slow down” signs from MLO Brothers to put in her yard.

“I am all for this unit that fits on a pole,” she said.

Goodin told trustees the unit would cost around $3,800. It has options such as the ability to record speeds and times of day to give officers more data to plan future speed monitoring.

“It is (a unit) that is small and portable and is just what we need,” Goodin said.

Trustee Chairman Eric Ungaro made the motion to approve the purchase of the unit and trustees Joanne Wollet and Ed Kempers also voted in favor.

Trustees also approved the purchase of an evidence scanner from Spillman in the amount not to exceed $2,700, and seven driver’s license scanners from Spillman not to exceed $2,500. Goodin said the license scanners would hook up to the software in the department’s seven vehicles and it would allow officers to scan the license and receive instant information on a driver.

During the park board report, the issue of speeding was back on the table. Park Board Chairman Ken Filicky said there were concerns over cars dropping off young soccer players, then speeding away at over 30 mph. The posted speed on park roads is 10 mph, which is posted on Cowden Road and Moore Road when entering the park.

Filicky said reducing speeds could be done by using speed bumps or possibly rumble strips. Another idea was to install crosswalks or even paint speed limits on the road itself.

Township Administrator Jim Scharville said he would take a different route to solve the problem.

“The speed limits are already set up (in the park),” he said. “Education is the key. We could have the soccer club send out notices about slowing down in the park. That should be first, then enforcement.”

Kempers said he likes the idea and letters could be sent home with the players. Scharville said the township could help by printing the letters to be handed out.

Filicky said the soccer teams have been staggering their times on the playing fields so they could social distance during practice.

Trustees agreed to try the education first, but would consider speed bumps. 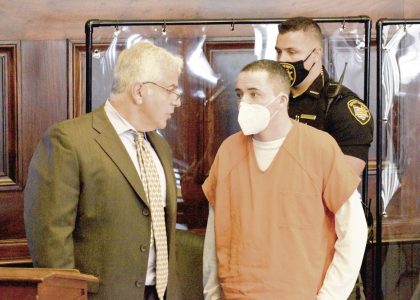