Police looking for witness to shooting

Also searching for vehicle in hit-skip

YOUNGSTOWN — Detective Chad Zubal hopes a woman observed on surveillance video from inside the Sunoco gas station, 3200 Market St., June 7 — just before a shooting — can help solve the case.

Marquise Williams, 27, suffered at least one gunshot wound near the pumps at about 10:43 p.m. and drove himself to St. Elizabeth Youngstown Hospital. Williams was armed with a handgun at the time of the shooting.

Williams is in critical condition, and Zubal has not been able to talk to him.

“We are looking to identify some people who were involved,” Zubal said. “What I can say is Marquise was, in fact, armed with a handgun at the time of the shooting. I would like to talk to the other person involved in this case.”

Neither Williams nor the other person involved went into the gas station.

“However, a female who was in the passenger seat of the silver Nissan Rogue did go into the Shell gas station,” Zubal said. “I would call her a witness. We are looking to identify her.”

Zubal provided reporters with the images showing the young woman wearing a bright colored outfit with vertical stripes. He also provided an image of the rented 2020 Nissan Rogue that was involved.

Zubal also provided reporters with information on a crash on Rush Boulevard at East Midlothian Boulevard last Thursday that badly injured a pedestrian.

The victim, 53, of Boardman, told police he was picking up litter and waiting to cross Rush Boulevard around noon when an unknown vehicle struck him. He was “pretty severely” injured.

Though a witness said the vehicle involved was green, Zubal said he now knows it was a 2018 to 2020 Chrysler 300 with ocean blue metalic clear coat paint. The driver’s side mirror was left behind.

“We’re also trying to determine whether that was an intentional act,” Zubal said.

“From what we gather from the family, he has no known enemies,” the detective said. 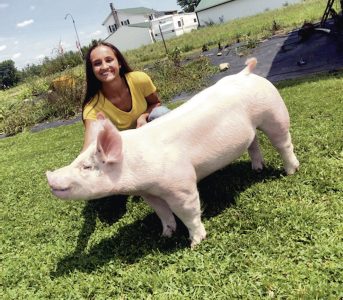 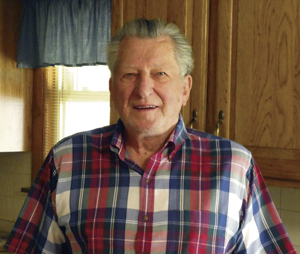 On the record: Hubbard