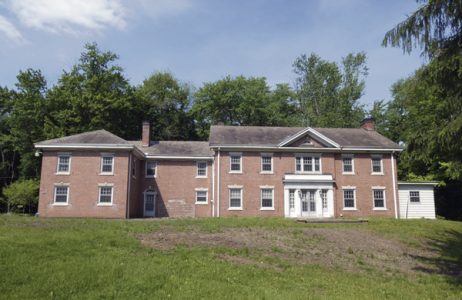 YOUNGSTOWN — The Youngstown Neighborhood Development Corp. has exceeded its $20,000 goal to renovate a former monastery on the city’s South Side into a public meeting place.

YNDC plans to use the first floor of the 1810 Volney Road property — a former church and meeting space — as the location for neighborhood groups and other organizations to meet at no cost, said Ian Beniston, the agency’s executive director.

The money will go toward improvements to the parking area, electrical and plumbing systems as well as painting and new furnishings, he said.

The project has begun with tree removal and interior demolition work, Beniston said.

The work will be finished later this year, he said.

YNDC also will improve the building’s upper two floors and use it for rental housing, which it was used for in recent years. The funding for that is in place, Beniston said.

“We believe this continues to be an important project as it will provide needed housing and provide space for residents to organize and push forward the policy and systems change necessary to ensure quality affordable housing and strong neighborhoods for all,” he said.

YNDC will erect a sign at the neighborhood center with the names of donors.

The 5,572-square-foot building was donated to YNDC late last year in the will of Cece Bersch, who supported the organization and died in 2019.

The historic home was built in 1927 by Emery McKelvey, then the general manager of McKelvey’s Department Store in downtown Youngstown.

In the 1950s, it became a Carmelite monastery and worship center led by the Rev. Richard Madden, who died in 2012.

The agency is continuing to accept contributions for the project at https://charity.gofundme. com/o/en/campaign/neighborhood-action-center or by mail at YNDC, 820 Canfield Road, Youngstown, OH 44511. Write “1810 Volney Road” in the memo line on the check.

YNDC, which started operating in January 2010, is a neighborhood planning and development organization providing housing and neighborhood stabilization services primarily in Youngstown.