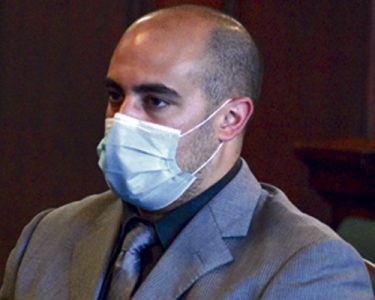 YOUNGSTOWN — Judge Maureen Sweeney of Mahoning County Common Pleas Court has ordered that blood evidence in the Michael G. Malvasi II aggravated vehicular homicide case be suppressed from trial, but evidence regarding his Snapchat account and phone will be allowed.

Sweeney ruled that because blood was drawn from Malvasi, 29, more than eight hours after a Canfield crash that killed another person in Malvasi’s car, the evidence from the blood draw is not admissable.

The ruling states there was “no evidence that a non-alcohol antiseptic wipe was used in the first blood draw. Additionally, eight hours is far beyond the requisite two- and three-hour window for determining reliability.”

Under Ohio law, no alcohols can be used as a skin antiseptic.

Mahoning County assistant prosecutors argued that the blood draws were admissable because they were done under “substantial compliance” with Ohio law.

“The second blood draw, which may have conformed with some of the requirements of the Ohio Administrative Code, was three days after the accident,” the judge stated. “Additionally, there is no evidence that the required refrigeration methods were used or the property methods were followed.”

Malvasi, of Timber Run Drive in Canfield, is charged with being the driver who crashed Malvasi’s father’s Mercedes Benz along Shields Road east of state Route 46 in Canfield early Nov. 18, 2017, killing Ryan Lanzo, 23, of Boardman, who was in the car with Malvasi.

Police first learned of the crash at 3:12 a.m. when a woman called 911 to report it. When police arrived, they found Malvasi’s white Mercedes Benz with severe damage but no people.

Malvasi is accused of being intoxicated at the time of the crash, failing to stop after the accident and tampering with evidence. The last charge accuses Malvasi of tampering with Lanzo’s body.

Prosecutors said Malvasi walked a mile or so home from the crash scene, leaving Lanzo behind; got another vehicle and returned to the scene — then drove Lanzo to Malvasi’s house, where his father, Michael Malvasi, 57, drove Lanzo to the St. Elizabeth emergency center in Austintown. Lanzo was pronounced dead on arrival at the facility.

Troopers and Canfield police officers went to the house where the Malvasi father and son lived and eventually spoke with the younger Malvasi. He was then taken to St. Elizabeth Youngstown Hospital, where a blood sample was taken for diagnostic purposes.

Mahoning County Assistant Prosecutor Robert Andrews filed a document in the case in which he stated that Malvasi told a police officer he had consumed six beers, three or four shots of alcohol and smoked marijuana before the accident. Testing indicated that the younger Malvasi had a blood-alcohol level of 0.075, just below the amount of 0.08 that indicates intoxication under Ohio law.

Regarding Malvasi’s Snapchat account and cellphone, the judge ruled that law enforcement had sufficient probable cause to obtain search warrants for that information.

Malvasi is scheduled for trial Aug. 3.