After two days without a reported COVID-19 death in the Mahoning Valley, six were reported Tuesday.

Columbiana County realized a huge spike in cases at the Federal Correctional Institution in Elkton.

And, Gov. Mike DeWine announced that all staff members at nursing homes will begin being tested for COVID-19.

Three of the Valley’s six reported deaths Tuesday were in Trumbull County with two in Mahoning County and one in Columbiana County.

Overall, there were 268 COVID-19 deaths as of Tuesday in the Valley: 171 in Mahoning, 45 in Trumbull and 52 in Columbiana counties.

The three counties didn’t report any deaths Sunday or Monday.

Reported deaths lag behind actual deaths because COVID-19 death notifications often are delayed, sometimes by as much as a few weeks.

Mahoning continues to have the fourth-most fatalities among the state’s 88 counties while Columbiana has the 10th-most and Trumbull is tied for the 12th-most.

DeWine on Tuesday announced that later this week all staff members at nursing homes will begin being tested for COVID-19 by 14 response teams. The teams include medically-training Ohio National Guard members with the assistance of local and state health workers.

Also, testing of residents will be done at a later date and be based on “a clinically-driven strategy that targets those who have likely been exposed” to COVID-19, he said.

The testing will be prioritized at nursing homes with a COVID-19 “history,” DeWine said. Of the state’s 960 nursing homes, about 200 have had patients and / or staff diagnosed with the virus, he said.

“This will help nursing home administrators understand the status of the virus in their facilities and will help isolate the virus and help keep it from infecting their community,” DeWine said.

About 70 percent of all COVID-19 deaths in the state have been at long-term care facilities.

DeWine announced April 24 that the state would ramp up its COVID-19 testing, eventually reaching 22,000 a day by May 17.

But he acknowledged Tuesday that the state has fallen far short of that expectation.

At the time of the April 24 announcement, the state was testing an average of 3,728 people a day.

There are various challenges including equipment and staffing issues that have limited the number of tests, Dr. Amy Acton, director of the Ohio Department of Health, said.

There were 2,002 COVID-19 deaths in the state as of Tuesday, up from 1,987 Monday, according to the Ohio Department of Health.

Of note is the number of cases in Columbiana County that went through the roof in the previous two days.

There were 660 cases reported Tuesday, up from 478 Sunday.

The 129-case jump from 478 Sunday to 607 Monday made up almost one of every four newly reported cases in Ohio Monday.

The Columbiana County Health District reported the cause was a huge spike in cases at the Federal Correctional Institution in Elkton. Of the 183 newly reported cases since Friday — when there were 477 total cases in the county — 174 of them are Elkton inmates, the health district reported Tuesday.

Overall, there are 310 inmates at the only federal prison in the state who have or had COVID-19, according to the county health department. Nine inmates at the low-level prison have died from the virus.

The U.S. Supreme Court on Tuesday denied a request to stop a judge’s order to expedite the release of 837 inmates at Elkton determined to be vulnerable to COVID-19 because of an underlying medical condition and / or their age. The court also told the President Donald Trump administration, which opposed the initial order from U.S. District Court Judge James Gwin, that a new filing could be considered as the issue moves through lower courts.

There are about 2,300 inmates at Elkton, according to the U.S. Bureau of Prisons.

With the increase, Columbiana County went from having the 14th-most cases in the state Sunday to 11th Tuesday.

Mahoning continues to have the seventh-most cases among Ohio’s counties. It’s been No. 7 daily since April 20.

There were 542 cases in Trumbull County Tuesday, up from 529 Monday.

Trumbull has the 14th-most cases in the state for the second day in a row. Before that, it had the 13th-most cases daily dating back to May 11.

Statewide, 5,579 people were hospitalized as of Tuesday because of the virus, up from 5,511 Monday. 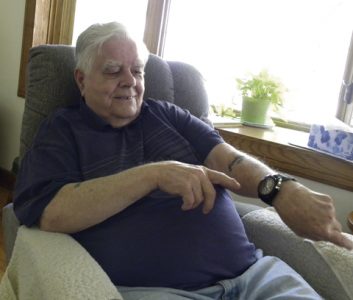