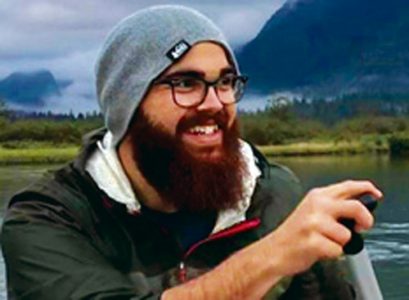 Austintown native Zachary Morse said he was “a bit of an outlier” in his blue-collar family when he became the first to attend college at Youngstown State University.

After double-majoring in chemistry and biology at YSU, Morse went on to get his master’s degree from the university, specializing in cell and molecular biology. Then, Morse uprooted and moved across the continent to Vancouver, where he is about a year away from finishing his doctorate.

The lab where he does his research focuses on viruses that may trigger autoimmune disorders, looking at viruses such as HIV or Epstein-Barr virus, that seem to cause lasting immune responses in some people.

The virus Morse works with most, coxsackievirus, is believed to cause Type 1 diabetes in people — though it’s not known for certain if it does. The virus seems to cause changes in gut bacteria, which alters the immune system and activates certain immune cells that attack cells in the pancreas that make insulin.

“Your immune system then gets confused and starts attacking your own body,” Morse explained. He said coxsackievirus is not unlike novel coronavirus, which has triggered a worldwide pandemic. There is evidence novel coronavirus, or COVID-19, also can cause lasting autoimmune problems.

“Given the current circumstances, it’s more apparent than ever why this type of research is so important — to help understand what kind of effects pathogens are causing within our bodies even after the virus is gone,” Morse said.

Morse spends his time in the lab, working under sterile conditions and in full protective equipment. He said the driving force that brought him to his work is “genuine curiosity.”

“It’s really difficult and can be mentally exhausting. Some days I’m in the lab working for like 24 hours straight,” Morse said. “But it’s really exciting. When you make some small discovery, it’s really satisfying knowing that you’re the first person to know this thing.”

When Morse decided to pursue his Ph.D., the move to Vancouver came in the form of a two-week road trip with a friend, which involved stops for hiking and camping along the way. That summer, forest fires were raging, and the fires altered the route of Morse’s trip.

“We were driving through whole mountains on fire,” Morse said. He crossed from Idaho into Canada, but had to dip back down into the U.S. when highways were closed because of the fires. Otherwise the trip was smooth sailing, he said.

When Morse finally arrived in Vancouver, his friend flew back to Ohio, and he was left alone in a new country.

“I really had no idea what to expect. I showed up in another country without knowing a single other person.”

Morse said he jumped full force into the experience, back-country skiing, rock climbing, and taking advantage of the outdoor opportunities. In Vancouver, “a kind of hub between places,” Morse has met many diverse people from all over the world.

He also met Maya Lefkowich, his partner of about three years, who is also finishing a Ph.D.

“It was a little bit awkward when I was first introducing her, and I was like, oh, she’s Canadian, you wouldn’t know her,” Morse said.

Lefkowich was working on a documentary film in the Northwest Territory a few months ago and brought home Ginny, a husky lab mix rescue puppy.

“We’ve just been spending a lot of time going out into the mountains with our puppy,” Morse said.

He said once both he and Lefkowich have finished their Ph.D.s, they will likely take some time off to travel — then Morse may look into teaching positions at universities, though he’s not opposed to moving into industry and working in biotechnology.

He said he hopes his research will help improve medical therapies to contribute to the prevention of diseases.

“It’s really nice to just help to kind of advance the field of knowledge,” said Morse. “And hopefully this can all go to something good.”