YOUNGSTOWN — New documents in the Michael Malvasi II aggravated vehicular homicide case state his lawyers want evidence suppressed regarding searches of Malvasi’s cellphone and Snapchat accounts and a search of the automobile involved in a fatal 2017 crash.

The case is before Judge Maureen Sweeney of Mahoning County Common Pleas Court, who in February heard evidence on an earlier motion to suppress blood-analysis evidence but has not ruled on the motion.

Malvasi is scheduled for trial Aug. 3.

Malvasi , 29, of Timber Run Drive Road in Canfield, is charged in the Nov. 18, 2017, death of Ryan Lanzo, 23, of Boardman. In addition to aggravated vehicular homicide, Malvasi is charged with failure to stop after an accident, tampering with evidence and driving under the influence.

The crash occurred along Shields Road in Canfield east of state Route 46. Investigators say Malvasi walked away from the crash, walked to his home a mile or so away, got another vehicle, returned to the crash scene, picked up Lanzo and drove him to his house.

From there, his father, Michael Malvasi Sr., 57, drove Lanzo to a St. Elizabeth emergency center in Austintown, where Lanzo was pronounced dead on arrival, investigators said.

A filing by Malvasi II’s attorney, John Juhasz, states that Diane Vettori , who was then a county court judge in Sebring, approved a search warrant after the crash for the Mercedez Benz involved in the crash. But Juhasz argued that the law-enforcement affidavits filed with the judge in support of the search warrant did not establish probable cause for a search.

Vettori is now in federal prison after being convicted of crimes unrelated to the Malvasi case.

Law enforcement officers “believed but had no evidence of” Malvasi II having operated a motor vehicle impaired at the time of the accident, the Juhasz motion states. The Ohio State Highway Patrol reported that Malvasi II and Lanzo were apparently ejected in the crash.

The patrol tried to establish who was driving the car at the time of the crash by using physical evidence obtained from the vehicle, but that determination “may be in dispute,” the defense filing states. The car was owned by Malvasi Sr.

Juhasz also attacks the information given to Judge John Durkin of Mahoning County Common Pleas Court when he approved a search warrant for phone and SnapChat records, saying law enforcement had only “suspicions” that Malvasi II was drunk at the time of the crash and not probable cause to seek the search warrant.

An affidavit stated that Malvasi II called a female friend’s phone three times in the early morning hours after the crash. One call was not completed, but two others lasted about a minute each.

The investigation indicated that Malvasi II was seen driving the Mercedes Benz as it left a Boardman tavern before the crash. Surveillance video also showed a pedestrian walking along Shields Road toward his home after a passerby called 911 at 3:12 a.m. to report the crash.

No hearing date for an evidence suppression hearing is listed in court records. 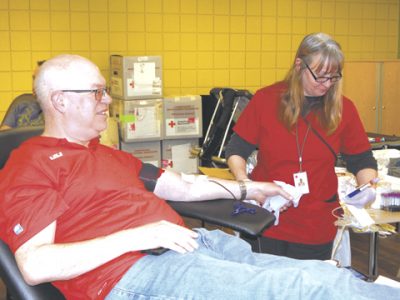