Elimination of distress panel up for vote

“This passed the House, but, as I understand it, the Senate will not vote until next week,” Kimble said. “We need to wait to see what happens.”

Kimble, however, said she has seen past efforts to remove state control over local school decisions fail. She is hoping that elected school boards and superintendents in East Cleveland, Lorain and Youngstown will have their powers to lead school districts returned.

Kimble on Thursday was in Columbus to discuss what is happening in Youngstown schools with Ohio Gov. Mike DeWine.

State Rep. Michele Lepore-Hagan, D-Youngstown, said she is pleased the Senate bill, with the amendments, was approved overwhelmingly Wednesday in the House. She calls academic distress commissions a failed experiment that has hurt children in Youngstown, East Cleveland and Lorain.

An earlier amendment would have only scrapped the academic distress commission in Lorain.

“I’m calling on my colleagues in the Ohio Senate, and Gov. DeWine, to join us in supporting the next generation of Ohioans, no matter their ZIP code,” Lepore-Hagan said. “It’s time to reinstate local control and give teachers, parents, community leaders and residents the opportunity to create a school system that will best enable our children to reach their full potential. It’s time to push the restart button for our kids’ sakes.”

The elimination of the academic distress commissions in the three districts will be effective beginning June 30, if the Senate agrees to changes being proposed by the House.

A state-level school transformation board would be created to oversee school improvement efforts and establish a moratorium on new academic distress commissions until 2024.

The bill has been returned to the Senate, where the Senate will have an opportunity to support the amendments, according to the Ohio School Boards Association.

If the Senate votes to reject the House version of SB 89, the appointment of a conference committee would be necessary to resolve differences.

The House amendments to the Senate bill, will, if passed, will also:

l Increase income eligibility from 200 percent to 250 percent of the federal poverty level;

l Require the state to pay the voucher amounts for students, irregardless whether the vouchers are income or performance-based, beginning in 2022;

l Maintain current appropriation amounts of $121 million for income based vouchers, and;

l Set a 60-day application period from Feb. 1 through April 1.

YOUNGSTOWN — Turnout for the primary election is expected to be only 30 to 35 percent in Mahoning County but ...

LIBERTY — You could say that local historian Marilyn Mong’s 1999 wedding was quite uplifting in more ways than ... 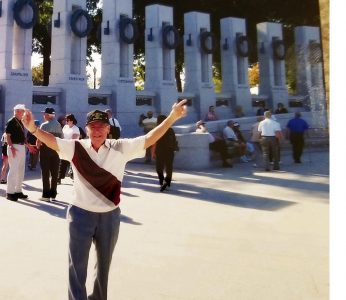 Military banners to honor loved ones

STRUTHERS — The Struthers Historical Society, with the city’s cooperation, will be offering military banners to ...