LISBON — Columbiana County Recorder Theresa Bosel, charged in a fatal Mahoning County traffic crash in August 2019, has her case set for a jury trial in Canfield Municipal Court in March.

Bosel, 48, Salem, is charged with driving left of center, failure to wear a seat belt and second-degree misdemeanor vehicular manslaughter in the death of Cecil A. Chamberlain after an accident Aug. 19 on Western Reserve Road.

Judge Molly Johnson requested both sides put their positions on the record as to any offers for a possible plea agreement. No agreement has been reached.

Appearing for the Chamberlain family, attorney Gregg Rossi said the family would like to see the court impose the maximum sentence if Bosel is found guilty. She is facing up to 90 days in jail and a license suspension of six months to three years.

Bosel’s defense attorney, Edward Hartwig, requested a jury trial for Bosel, who expressed concerns about the trial date being set the first week of March due to a family commitment. Johnson explained to Bosel that the hearing last week was her final pretrial hearing, and the Canfield court has only two months when trials are conducted — one in the spring and one in the fall.

Rossi is representing Roberta Chamberlain of Carlsbad, Calif., the widow of Cecil Chamberlain, in a civil lawsuit, which was filed in Mahoning County Common Pleas Court and amended, also last week.

It was noted by Rossi that if Roberta Chamberlain is called to testify in the criminal case, the family would want to make a statement at any sentencing hearing for Bosel. Johnson agreed for a more immediate sentencing hearing to save the family from having to travel in from California an additional time.

According to the Ohio State Highway Patrol report from the crash, Bosel passed a field sobriety test for alcohol at the scene of the crash, but declined to give a voluntary urine sample the day of the crash.

A report obtained by the highway patrol on Aug. 23, 2019, showed Bosel had current prescriptions for a list of drugs, including drugs for seizures or panic attacks, muscle relaxers, pain medications and another used to treat neuropathic pain.

The report states Bosel went left of center in her Jeep Wrangler, striking a GMC Terrain operated by Drema Kessel, 70, of Salem. The Wrangler also struck a Ford Fusion, which was behind the Terrain, and which was driven by Chamberlain.

He was pronounced dead on arrival at St. Elizabeth Boardman Hospital. His wife was treated for non-life threatening injuries. Kessel and her passenger, Felecia Detchon, 25, Salem, were not injured.

In her statement to the patrol, Bosel denied she was the one who went left of center. She also stated she took her medications last at 5 a.m. The crash report states the crash happened at 11:10 a.m.

CANFIELD — Canfield Township trustees have denied a zone change from residential to business use. Residents ...

WARREN — Health departments in Trumbull and Mahoning counties are not releasing any information that could ...

The Youngstown State University Foundation has launched a campaign to raise $50,000 over the next 90 days to help ... 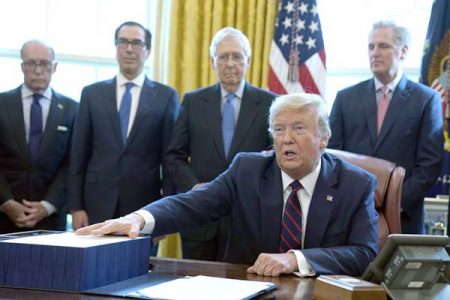 POLAND — Whether in pouring rain or in the afternoon sunshine, Jeff Vrable Jr. may be seen in the Poland ...