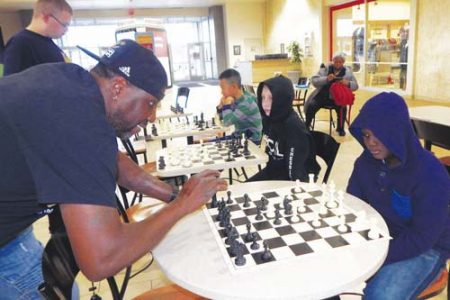 D'Andre Davis, 10, of Youngstown, at right, watches as instructor Jeff Butts teaches him a chess game as part of Chess if Life at Eastwood Mall in Niles.

NILES — While area children are learning the skill of playing chess, they are also learning other important skills that will help them in life as part of the weekly Chess is Life program.

Jeff Butts, an instructor and co-founder of Chess is Life with Myles Jay, said chess tables are set up for children to take part for free from 10 a.m. to noon Saturdays at the Eastwood Mall in Niles and from 4 to 6 p.m. Fridays at the Southern Park Mall in Boardman.

Chess is Life is an acronym for Cognitive, High-level, Enhancement of Successful Strategies Inspiring Students in Long-Term Intrinsic Focus on the Endgame.

Michael Witt of Mineral Ridge, who is a junior chess coach, said “We teach the children life skills such as patience, concentration and accepting mistakes and losing when playing chess.”

Butts said while he leads the instruction at the two mall locations, he also offers chess activities at local schools in Warren, Youngstown and Akron.

“It is learning to focus on the game just as they would learn to focus on things in school or in their lives. Chess is all about focusing,” he said.

Butts said the chess program was included with the Success After Six program offered in schools — including Liberty and Girard — through the United Way of Youngstown and the Mahoning Valley.

“We offer chess on the weekends and after school for children,” he said.

Harrison Miller, 14, of Canfield, said he likes to learn to play chess and has learned there is a lot of planning and concentration involved when watching the other players move.

D’Andre Davis, 10, of Youngstown, said his grandfather told him about the chess program.

“It is a lot of fun. We get to learn about chess and how to play the game,” he said.

Butts said “At Chess is Life, we believe that chess is more than just a strategic game in a battle of war and wit. It is a proven learning tool that can assist with the development of critical thinking, cognitive thinking, concentration, logical thinking, memory, endurance, self-discipline, and everyday life skills like self-confidence, patience, self-development, problem solving and thinking things through thoroughly before reacting.”

“We teach children the game of life through the game of chess, When playing chess, you use cognitive skills, critical thinking, patience, endurance, perseverance, thinking ahead … all designed to make the better choice, just like making better choices in life,” Butts said.

“We want to get the children focused more on not just winning, but instead focus on what you need to do to get to the end. We want them to work on decisions that will make them better. We stress working things out will make you better, which applies to anything you do in life,” he said.

Butts said former students will come back to serve as adult instructors.

“This is all about instilling more in them about life than just the game of chess,” Butts said. 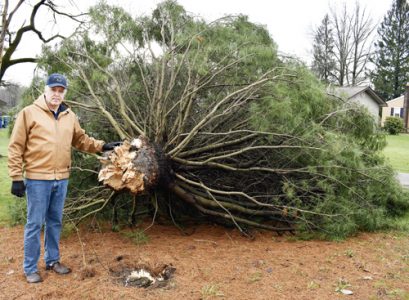 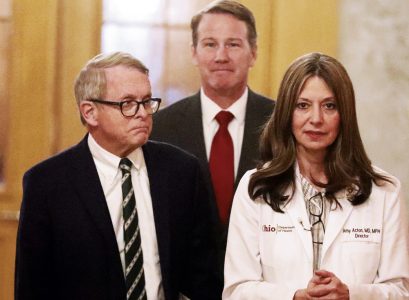