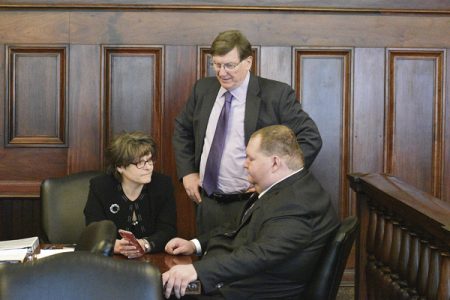 YOUNGSTOWN — On the fifth day of testmony in the Alex Bugno compelling prostitution trial, the second of Bugno’s two accusers gave a similar account of how he and other males allowed Bugno to engage in sex acts with them for money when they were juveniles in 2014.

As the male, now 21, was advised to do by Assistant Prosecutor Jennifer McLaughlin, he spoke plainly to explain the specific acts that took place.

Like the accuser who testified Tuesday, he talked about having known Bugno, 31, of Clingan Road, Poland, for years before the incidents began because he was among boys who hung around the former Bugno Towing business on Indianola Avenue.

Like the other accuser, he said he reacted negatively when one of the other boys introduced the idea of engaging in sex acts for money with Bugno when the males were 16 and 17. “I was shocked. I didn’t think it was true,” he said.

The male said by the time he and two other males engaged in sex acts with Bugno the first time for $500 each at one of two towing company buildings, they knew ahead of time what they were going to do. “We all agreed to it,” he said.

The male had trouble testifying to time periods when various things happened or giving numbers of times they happened, saying several times it happened “a long time ago.”

He said he agreed to do those things with Bugno “because I was hurting for money,” and “It was a good way to make fast money.”

He said he and other males continued to engage in sex acts with Bugno for money at least a year after a Youngstown police detective first investigated his allegations in the summer of 2014.

That caused defense attorney Thomas Pavlinic to ask if this was the first time he had ever told prosecutors that.

A detective interviewed the male in a juvenile mental health facility during the summer of 2014 after the male told his father about the incidents and attempted suicide. His father called police.

He testified the next day after some of the males damaged Bugno’s shop because Bugno didn’t pay them, his dad woke him up yelling at him about vandalism.

He said being awakened and confronted by his father caused him to tell his father the reason they did it was because of the sexual incidents. “I flipped out bad enough to want to kill myself,” he said. His father testified Tuesday that he had to knock a gun away to prevent the male from shooting himself.

Bugno is charged with 14 counts of compelling prostitution and one of pandering obscenity. If convicted, he could get more than 10 years in prison.

He is accused of giving pills and money to boys ages 16 and 17 during the first half of 2014 to allow him to engage in sexual conduct with them at two Bugno Towing facilities in the city.

Wednesday’s accuser testified to still being friends with the other accuser who testified but said a third male listed as a victim is no longer a friend. That male may testify today — for the defense — apparently because he says the incidents never happened.

Prosecutors rested their case at the end of testimony Wednesday. Defense witnesses are expected today.

Pavlinic said in opening statements the trial would be about teenage boys who were “trying to get money from Alex Bugno.” 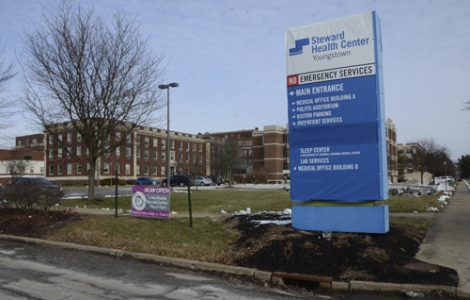