Searches for those denied opoid treatment

If you or someone you know was or is in an Ohio jail or prison with an opioid use disorder and is or was impacted by the the unavailability of medication assisted treatment, the ACLU of Ohio wants to hear about it.

“Although Ohio is among the states hardest hit by the nationwide opioid epidemic — with the incarcerated population particularly at risk — numerous county jail authorities are failing to provide even the most basic medical care needed to blunt this ongoing crisis. This denial of treatment to people suffering from opioid use disorder is making it far more likely that Ohioans will remain captive to this disease — and even die of a drug overdose,” state David Carey and Joseph Longley of the American Civil Liberties Union in Ohio.

Approximately half of Ohio jails are denying all forms of medication assisted treatment to prisoners who are in need of it, ACLU Ohio found after a review of public records for jails across the state.

“And of the jails that provide it, many have only extremely restrictive, limited programs that fail to address the problem. The ACLU of Ohio is continuing to study county jails closely and is considering legal options to expand access to this life-saving medicine for people impacted by the opioid epidemic,” Carey and Longley wrote.

Medication assisted treatment for people who have opioid use disorders is “standard medical care” and should be available in a jail as other medications are, their blog states. Many people in county jails haven’t been convicted of a crime.

“Similar policies to Ohio’s have come under attack across the country. Lawsuits in Kansas, Maine, Massachusetts, and Washington have resulted in granting prisoners access to MAT. Further, legislation has been enacted in Colorado, Maryland, Massachusetts, and Vermont that has increased access to MAT for people suffering from opioid use disorder (OUD) in jails and prisons. It is long past time for Ohio to follow suit,” Carey and Longley wrote.

Many of the MAT programs now available at local facilities concentrate on in-facility counseling and upon-release vivitrol shots. Vivitrol can help block cravings for opioids. Medications such as methadone are only available to certain people who were receiving it before incarceration in the jails in Trumbull and Mahoning counties, while suboxone is not issued. Suboxone and methadone are replacement therapies for those with opioid use disorder, they can help wean a person off of other opioids, especially when combined with counseling and medical supervision.

Brenda Heidinger, associate director of the Mahoning County Mental Health and Recovery Board, said if a client requests vivitrol, a court order can help guarantee he or she receives it — if a judge is willing to sign the order.

Counselors work with inmates and put together individualized plans for their release — such as MAT or therapy, Heidinger said.

“We are lucky to have a sheriff that allows us in the jail to provide treatment. Sheriff (Jerry) Green has been very receptive to allow us to come in and provide services. It makes a big difference,” Heidinger said.

Some 300 of the nation’s roughly 3,200 or jails and 1,900 prisons now offer some form of addiction medication to select inmates, according U.S. Department of Justice.

Corrections officials have been slow to embrace addiction medications. But reluctance is starting to fade with newer medications and more scientific evidence, said Elizabeth Gondles, of the American Correctional Association, a trade organization that accredits jails and prisons.

“We understand this is a public health crisis,” she said. “We know what we need to do. We just need the resources.”

The legal system could end up forcing the industry’s hand. The American Civil Liberties Union recently sued correctional institutions in Maine and Washington state, arguing they’re violating the Americans with Disabilities Act by not providing the medications, and the U.S. Department of Justice has been investigating Massachusetts along similar lines.

Carey said ACLU Ohio is looking for people who may have been denied treatment while locked up in Ohio.

“We are extremely concerned by our findings and we are exploring our legal options to expand access to the medication. We are in the phase of trying to make contact with people throughout the state who are a victim of being denied health care,” Carey said.

People who think they may have been affected can contact the ACLU Ohio through the legal intake form available at https://action.aclu.org/legal-intake/ohio-legal-intake.

The Associated Press contributed to this report. 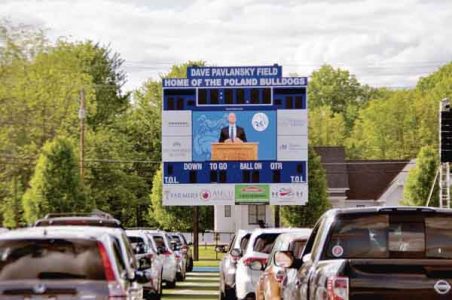