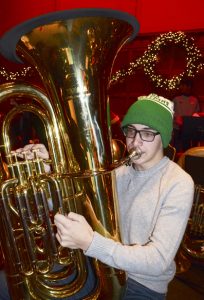 YOUNGSTOWN — More than 100 tuba and baritone players took the stage Sunday at Stambaugh Auditorium to perform in the annual free TubaChristmas concert.

Players ranging in age from 11 to 79 performed 15 songs, including “We Wish You a Merry Christmas,” under the direction of Austintown Fitch High School band director Wesley O’Connor. Both the performers and the low brass instruments were decorated in Christmas lights, garland and other trimmings of the season.

“Performing in the TubaChristmas has become a tradition,” said Hubbard High School band director Dan Nestich, who was accompanied by current and alumni band members.

Britni Glaser, 17, a senior at Hubbard, said she has performed in TubaChristmas each year since eighth grade.

“This gives me another opportunity to play the euphonium, which I don’t usually play because I am a trumpet player,” she said. “My brother did this when he was in high school.”

“It gets me back to playing with a band,” he said.

Niles resident Charles Shelar at 79 was recognized as the senior member of the group with a bottle of wine.

“There are six of us here from the Cortland Community Band. This event is a lot of fun and a real outlet for the holiday season,” he said.

A few performers came from Pennsylvania and Virginia, with Kris Barratt of Linden, Va., driving the farthest.

Max Mollish, 16, of Washington, Pa., said he spent an hour decorating his tuba. He drove from Pittsburgh, where he was with family.

“This is my first time here, but I have been in other TubaChristmas events. This is the fifth one I have performed at,” Mollish said.

TubaChristmas concerts have played in cities nationwide for 46 years. The local event started 21 years ago at the Eastwood Mall in Niles and moved to the Eastwood Expo Center before going to Stambaugh Auditorium.

TubaChristmas was started by Harvey Phillips, professor of tuba at the University of Indiana, with the first performance was in 1974 at the ice rink in New York City’s Rockefellar’s Plaza. Today, TubaChristmas is held with local musicians in more than 300 cities nationwide.

Students from school districts from northeast Ohio and western Pennsylvania — including 11 from Niles, nine from Hubbard and 10 from Warren G. Harding — joined music teachers, community band members and local performers.

“It’s an awesome event to be part of,” Rossi said.

“It was fun to decorate the tubas and other musical instruments,” Francis said.

Keegan Yale, 15, a freshman in Niles, won Best Decorated Tuba, with a horn decked out as a Christmas present.

“It was a lot of work using wrapping paper. My mom helped me decorate this,” Yale said.

Tubas were decorated as Christmas trees, presents or with antlers on them.

“I have been accumulating Christmas decorations as the years go by and put them all together,” she said. “I have a lot of holiday buttons and tinsel. I used lots and lots of tape.”

Jim Fellows, 21, of Mineral Ridge, said he has played tuba for several years.

“What’s nice about this is you get to have a good time performing here,” he said. 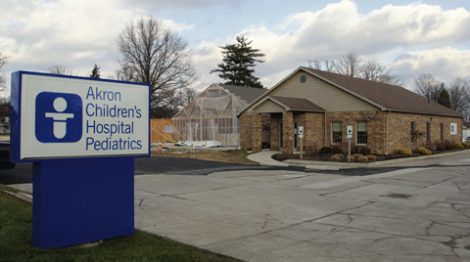 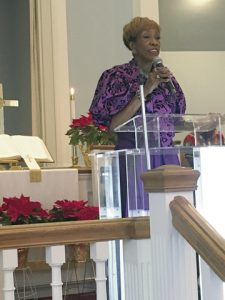 Ford Nature Center to get face-lift 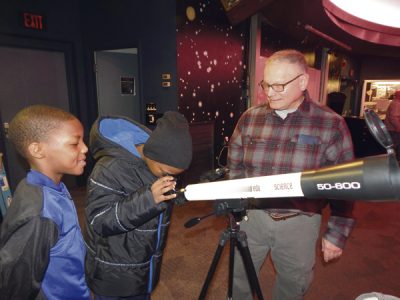 Learning to use telescopes

Cruiser struck on Route 11 in Liberty

LIBERTY — An Ohio State Highway Patrol trooper and motorist were both transported early Sunday to the hospital ...

This Week in History: Law says citizens must be able to see into bars

125 Years Ago, 1895 A new city ordinance resulted in great displeasure among downtown saloon owners and ...

Learning to use telescopes

Ford Nature Center to get face-lift

Cruiser struck on Route 11 in Liberty