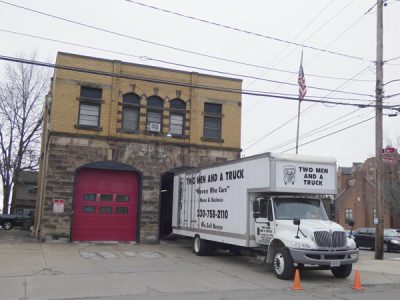 YOUNGSTOWN — Despite pleas from residents and the firefighters union, there’s no saving the North Side fire station, which will close Monday.

“We’re extremely disappointed about this,” said Jonathan Blackshire of Baldwin Avenue, president of the Wick Park Neighborhood Association and an opponent of the closing. “It’s going to impact response time and safety. It’s putting peoples’ lives in danger.”

It was reported in mid-October that Mayor Jamael Tito Brown decided the city wouldn’t renew a lease that expires Dec. 31 to keep Station No. 7, 141 Madison Ave., open.

The initial plan was to close the station Dec. 1, but that was delayed just a few days before it was to close. The new date was changed to Dec. 16, two days from now, because of the Thanksgiving holiday and to allow time for the move.

“The station is closing Monday,” fire Chief Barry Finley said. “It’s not a safety issue. People shouldn’t be concerned about this at all.”

Two Men and a Truck — a moving company — took items out of the station Friday to be located to the downtown station.

All fire calls on the North Side will be handled, beginning Monday, by the downtown fire station at 420 Martin Luther King Jr. Blvd., which is about 0.8 of a mile from the Madison Avenue station, Finley said.

The 116-year-old North Side station, the busiest in the city, has outlived its usefulness, Finley said.

Charlie Smith, president of the city’s firefighters union, said, “We want to keep it open until we can find a new station. It’s critical to keep that fire station open. It’s a safety concern for firefighters and residents. The fire department continues to be cut. The administration has done a poor job of planning for the future.”

The Madison Avenue station answers calls for the Youngstown State University campus and nearby student housing.

YSU President Jim Tressel said he’s not concerned the station’s closing will impact the university and its students.

“We’ve got good coverage from right down the street (from the downtown station) so we’ve never felt like we didn’t have good coverage,” he said. “It would be a little unfair for me to say, ‘They ought to do this or that.’ I’m confident we’re going to be covered well.”

He added: “I’m not concerned that our students are going to have a safety issue or anything like that.”

Councilman Julius Oliver, D-1st, whose ward includes the North Side fire station, has unsuccessfully tried to convince the mayor to keep the station open.

With its impending closing though Oliver said: “I’m not happy with it closing, but the mayor has his reasons for not staying in that building. He doesn’t agree with keeping it there for a short period of time. I’m in agreement not to dwell on keeping that station open and I’m in favor of the plan to build a new facility. Also, the chief has a plan to cover the entire city. Those are the reasons I’m at ease moving forward.”

The city’s lease with NYO Property Group, which owns the station, expires at the end of the month. Dominic Marchionda, NYO’s managing partner, has called to discuss a rental renewal, but the city administration isn’t interested.

The station purchase by Marchionda in 2009 was included in a charge of engaging in a pattern of corrupt activity in an indictment last year against Marchionda and ex-city Finance Director David Bozanich. They’ve pleaded not guilty.

Brown said he wants a new station on the North Side that would also including meeting rooms for senior citizens and youth, and possibly a fire academy for firefighters from the area to receive training.

State Rep. Michele Lepore-Hagan, D-Youngstown, a North Side resident who opposes the closing of the station, said she and state Sen. Michael Rulli, R-Salem, have agreed to make the fire station one of their top three priorities in the upcoming state capital budget. They will seek $250,000 to $500,000 for the project. The facility is estimated to cost $3 million to $5 million and would take a few years to build.

The city is also seeking federal funding for a new facility, Brown said.

Brown said Finley has a few places in mind for a new station with the Belmont Avenue corridor one of the top locations. 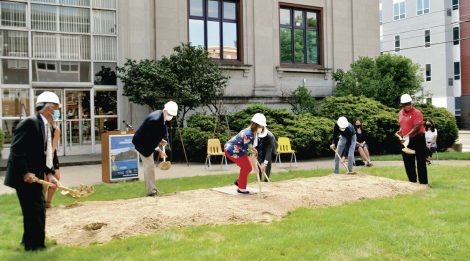