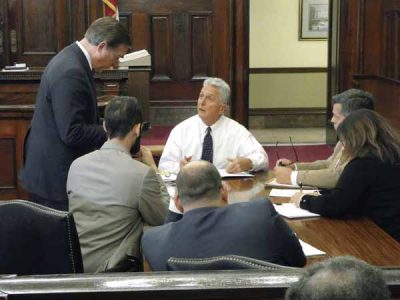 YOUNGSTOWN — City school board candidates who won seats in Tuesday’s general election likely will get to serve for at least the first half of 2020.

That’s because of an agreement Wednesday between the Youngstown Board of Education and Mayor Jamael Tito Brown, allowing a temporary restraining order to delay the naming of a new school board by the mayor.

The agreement is expected to be signed by a visiting Judge Thomas Pokorny.

The school board filed a complaint in Mahoning County Common Pleas Court on Monday seeking the temporary restraining order to stop Brown from being able to appoint a new board.

The two sides agreed in court on Wednesday to draft a formal temporary restraining order that will enable the court to stop Brown from appointing a new board — at least until an April 9, 2020, conference hearing is held. The draft of the agreement is to be given to Pokorny on Tuesday to be reviewed and signed.

It is hoped by both sides that the five-month delay will give the Ohio Supreme Court time to rule on whether the 2015 law enabling replacement of the elected school board with one selected by Youngstown’s mayor is constitutional.

The Ohio Supreme Court heard oral arguments on the issue during an Oct. 23 hearing in Montpelier, Ohio.

Court officials recently told The Vindicator that it could take three to six months for a ruling to be released.

City Law Director Jeffrey Limbian, representing Brown, told Pokorny that the mayor understands why the elected board has taken the position it has, so he is not opposed to delaying the appointments of new school board members.

Brown agrees the state’s high court should weigh in on the constitutionally of House Bill 70, also known as the Youngstown Plan.

During the hearing, attorney James Roberts, representing school board, said it wanted the restraining order for two reasons..

“We believe the replacement of the elected board is a year premature,” Roberts said.

Under the law, the elected board is to be replaced after the district received an overall “F” grade for three consecutive years and not achieved at least a “C” overall grade in the fourth year.

The board argues, however, that because the law was passed in October 2015, and the school district’s chief executive officer was not in place until 2016, this year’s “F” on the state report card is actually the third, not the fourth year in which the law applies.

Roberts, in addition, said waiting for the supreme court decision is a serious reason for the injunction.

In the meantime, the panel reviewing the 19 candidates for the mayor-selected board is scheduled to meet 5 p.m. today at Youngstown Rayen Early College High School, 20 W. Wood St

Limbian, during Wednesday’s hearing, said Brown does not like the law that would remove the elected board members, but he would follow the law’s requirments if required to do so.

Brenda Kimble, the current school board president, was pleased with Wednesday’s outcome. She was re-elected to the board Tuesday. 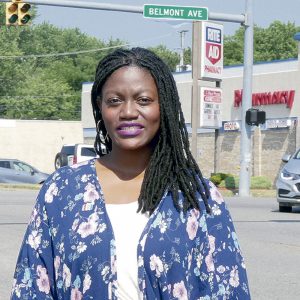 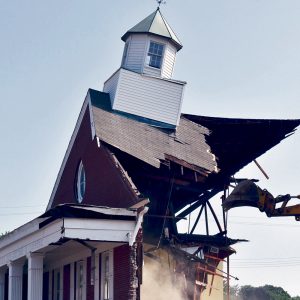 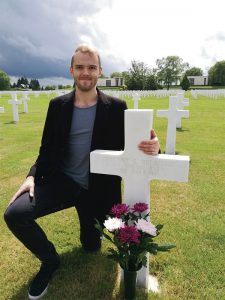