Walls go up at TJX Distribution Center in Lordstown

LORDSTOWN — The footers are poured and the walls are being set into place for the HomeGoods regional distribution center.

“They (HomeGoods) told me they would have that place watertight, weathertight in 100 days,” said Lordstown Mayor Arno Hill.

The walls started going up this week after months of preparation at the site at Ellsworth Bailey and Hallock Young roads. What appears to be 14 massive panels are in place for what will be an eastern wall of the building.

Construction of the massive warehouse for the off-price home fashion and decor retailer began in April, a month after TJX finalized the purchase of 290 acres of vacant land for the 1.2-million-square center. The land deals were sealed more than a year after the company announced its plans to build in the village.

Getting to that point earlier this year included a special election in August 2018 forced by opponents of a zone change of the property to try to overturn the change and then a lawsuit.

Voters in the village overwhelmingly supported the zone change from residential to industrial and the lawsuit was dismissed.

Other crucial steps in the project were the release of $1.4 million by the Ohio Controlling Board in April for road improvements at the intersection and water-quality certification from the Ohio Environmental Protection Agency and U.S. Army Corps of Engineers in mid-March. The certification gives permission to TJX to discharge dredged or fill material from construction into streams and wetlands.

Hill said the project is a shot in the arm for Lordstown that was hit hard when the General Motors assembly plant in Lordstown went idle in March.

“You need jobs. The school district is driven off of property taxes and state funding and the village is driven off of business taxes and employee payroll taxes,” Hill said. “If we don’t have businesses or employees paying taxes, how do people think we can pay the bills? We can cut, but we can’t cut to prosperity. We need a certain level of income to come in.”

The $140 million to $170 million project will bring about 1,000 new jobs to Lordstown and have a payroll of about $27 million annually.

According to estimates provided in July by the Trumbull County Planning Commission, the company will likely pay $30,000 to $40,000 a year in property taxes over the 10-year life of a tax incentive deal it was given. The 75-percent abatement will save the company $1.3 million and $1.6 million over the span.

The estimates were based on information the company gave the planning commission and structures similar to the one planned.

On the record – Austintown

Youngstown school board looks at four

YOUNGSTOWN — The Youngstown Board of Education will be interviewing four people to determine a replacement for ...

Favorite US bird tracked in the area

BERLIN CENTER — Counting the number of bald eagles each January is a matter of tracking the progress of eagle ... 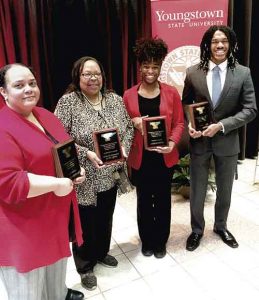 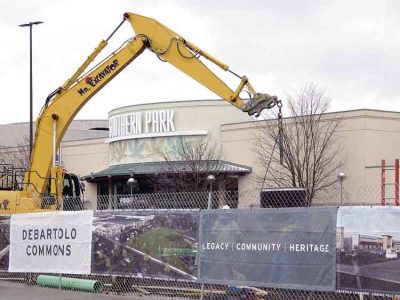 YOUNGSTOWN — A concerned citizen took the time this week while driving down Blaine Street, in an isolated area of ...

Favorite US bird tracked in the area

Russian hack likely little to do with US