YOUNGSTOWN — A man was placed on electronic house arrest after he was arraigned on at least his fifth charge of operating a motor vehicle while under the influence of alcohol or drugs.

Court records show Mark Koziorynsky, 41, was arrested after he was pulled over Saturday by an Ohio State Highway Patrol trooper at East Midlothian Boulevard and Youngstown-Poland Road.

Koziorynsky pleaded not guilty to the charge, which can carry a maximum three-year sentence.

Court records show Koziorynsky had previous OVI charges in Youngstown Municipal Court in 1995, twice in 2008 and one in 2012.

The 2012 charge was also a felony for which Koziorynsky was given probation, court records show.

By ANTHONY SUSZCZYNSKI Correspondent POLAND — Remnants of Youngstown’s steel-producing past can still be ... 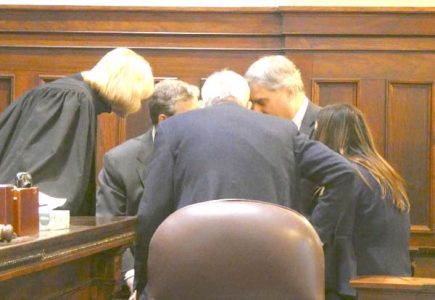 YOUNGSTOWN — Cavante K. Tabb, 20, was sentenced to four to six years in prison for assaulting a police officer ...

YOUNGSTOWN — A city man accused of calling in bomb threats targeting several buildings downtown has been ...

Child found in car unsupervised BOARDMAN — Police said they were dispatched Wednesday after a report of a crying ...