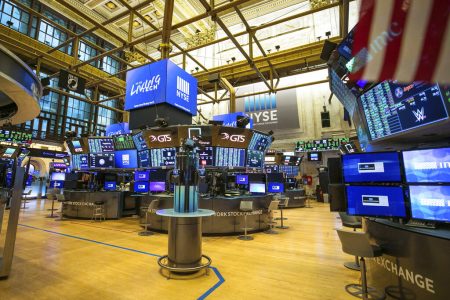 BANGKOK (AP) — Japan’s Nikkei 225 surged 8 percent and most world markets were up today after Congress and the White House reached a deal to inject nearly $2 trillion of aid into an economy ravaged by the coronavirus. Wall Street was expected to dip on the open, a day after the Dow had its best day since 1933.

Tokyo logged its biggest daily gain since 2008. Share prices there were lifted also by the decision to postpone the 2020 Olympics to July 2021 in view of the coronavirus pandemic, which has brought travel almost to a standstill and is leaving many millions of people ordered to stay home to help contain the outbreaks.

The postponement alleviated fears the event might be cancelled altogether.

U.S. futures were subdued after a banner day on Tuesday as U.S. lawmakers said they had bridged their differences over the stimulus package. The future for the Dow was up 0.3 percent and the contract for the S&P 500 shed 0.7 percent.

The gains this week have been a respite from a brutal month of nearly nonstop selling. But with cases of the virus still climbing, investors are leery of saying markets have hit bottom. Rallies nearly as big as this have punctuated the last few weeks, none lasting more than a day.

The breakthrough on the sweeping $2 trillion measure to aid American workers, businesses and a health care system strained by the rapidly spreading coronavirus outbreak was an expected but welcome boost to sentiment.

The deal was announced shortly after midnight and follows days of often intense haggling and mounting pressure. It still needs to be finalized in detailed legislative language, but would give direct payments to most Americans, expand unemployment benefits and provide a $367 billion program for small businesses to keep making payroll while workers are forced to stay home.

“Given the enormity of the package, it will most certainly be well initially well-received as it should be sufficient to avoid buttress ‘Main Street’ from falling into worst-case, depression type scenarios, especially with the Fed prepared to monetize all the US government’s debt,” Stephen Innes of AxiCorp. said in a commentary.

Pressure was on Congress to act after the Federal Reserve has done nearly all it can to sustain markets.

Ultimately, investors say they need to see the number of new infections peak before markets can find a floor. The increasing spread is forcing companies to park airplanes, shut hotels and close restaurants to dine-in customers.

Earlier share rebounds have quickly evaporated. Since stocks began selling off on Feb. 20, the S&P 500 has had six days where it’s risen, and all but one of them were big gains of more than 4 percent. Afterward, stocks fell an average of 5 percent the next day.

And stimulus packages can be addictive, said Ipek Ozkardeskaya, a senior analyst at Swissquote Bank.

“Is this package an economic vaccine to the virus? It is too early to tell, but the kneejerk market reaction is rather cheery,” she said in a commentary. “The bigger the stimuli, the more investors demand.”

India’s Sensex jumped 6.8 percent after Prime Minister Narendra Modi ordered the world’s largest democracy into the world’s biggest lockdown today. India’s 1.3 billion people were ordered to stay home in a bid to stop the coronavirus pandemic from spreading and overwhelming its fragile health care system as it has done elsewhere. Governments elsewhere have also tightened restrictions on business activity and movement as the toll from the virus has surged higher.

For most people, the coronavirus causes only mild or moderate symptoms, such as fever and cough. Those with mild illness recover in about two weeks. Severe illness including pneumonia can occur, especially in the elderly and people with existing health problems. Recovery could take six weeks in such cases.

Its unclear how long-lasting the damage from the outbreak will be on economies. Governments and central banks in other countries around the world are unveiling unprecedented levels of support for their economies in an attempt to limit the scale of the upcoming virus-related slump.

Measures of the shock to the world economy are accumulating.

On Thursday, economists expect a report to show the number of Americans applying for jobless claims easily set a record last week. Some say the number could be way beyond 1 million, amid a wave of layoffs, topping the prior record of 695,000 set in 1982.

In other trading, U.S. crude oil shed 37 cents to $23.64 per barrel in electronic trading on the New York Mercantile Exchange. Brent crude, the international pricing standard, dropped 91 cents to $28.83 per barrel.