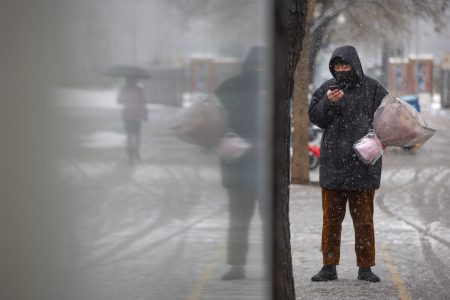 A man wearing a face mask holds a flower bouquet as he stands along a street today in Beijing. China on Friday reported another sharp rise in the number of people infected with a new virus, as the death toll neared 1,400. (AP Photo/Mark Schiefelbein)

BEIJING (AP) — In virus-stricken China, couples can celebrate Valentine’s Day with a roast beef salad, hot chocolate, a rose and a note, all delivered to their door.

The note, scrawled on the front of their sealed order, states the body temperature of the chef who made it.

Moka Bros, a health food eatery in Beijing, offered this special today, Valentine’s Day, after a new coronavirus struck central China in December. Like many businesses, the restaurant has struggled to cope with the impact of a disease that has infected more than 64,000 people worldwide and sent several Chinese cities into lockdown. Fearful of infection, people are overwhelmingly choosing to stay at home and cook for themselves.

Of the nine Moka Bros locations, only three have remained open through the outbreak. Molina is fairly certain some of the stores will be forced to close permanently, which would mean at least $1.5 million in losses.

“It’s just a matter of time. How long can we stay alive?” said Molina, a Colombian who started his first business in China in 2006. “We’ve been working on this project for 13 years, and then you see it crumble in front of your face, and there’s nothing you can do.”

The disease, named COVID-19, is believed to have originated in the city of Wuhan, Hubei’s capital. It has since spread to more than 20 countries, though the bulk of the cases remain in Hubei. The government has imposed sweeping measures to contain the epidemic, cutting off outbound transportation from the hardest-hit cities and prolonging the Lunar New Year holiday.

The impact on the food, beverage and entertainment industries has been crippling. Authorities in Hubei have mandated the closure of venues like karaoke clubs and movie theaters. Beijing’s Administration for Market Regulation has banned restaurants and catering services from hosting group dinners.

Such circumstances made for an atypical Valentine’s Day. While the Qixi Festival in August is China’s traditional holiday for lovers, Feb. 14 has been eagerly adopted by young people who mark the occasion at shopping malls, restaurants and movie theaters.

Earlier this month, two Chinese romance films canceled their Valentine’s Day releases due to the virus.

“As a movie about young love, ‘The Enigma of Arrival’ hopes that every person who has love in their heart can be healthy and safe,” one film said in a statement posted on Weibo, a Twitter-like social media platform.

Major flower markets in Beijing were closed today. In a period that often sees peak sales, Chinese business publications reported that flower sellers were having to throw out unwanted floral arrangements that had been left to wilt. On social media, Chinese people shared images of bouquets filled with surgical masks, joking that they were the true symbols of love in the time of the coronavirus.

The country’s normally booming food delivery services have also taken a hit. Zhao Pengcheng, one of Beijing’s legion of delivery people, collectively known as “Takeout Brothers,” said orders have been sparse through the outbreak.

Sitting astride his electric scooter with a surgical mask strapped to his face, Zhao said restaurant orders have dwindled, while more and more people are ordering from grocery stores. Most apartment complexes now don’t allow him to take the orders upstairs, as he usually would; some check his temperature.

“We try to avoid any sort of physical contact,” Zhao said. “It’s pretty strict.” Businesses will often leave the prepared orders in one spot for him to pick up, and he does the same when he brings them to customers.

Moka Bros has instituted near-hourly temperature checks for its employees, who all wear gloves and masks. Tables are frequently disinfected, hand sanitizers have been placed around the restaurant, and dishes are washed at higher than usual temperatures.

At the eatery today, dimmed lights and free sparkling wine aimed to set the mood for couples. Candles were supposed to adorn the tables, but their delivery was canceled last minute, a common occurrence these days.

“Those of us who work in the restaurant business are really feeling the financial pressure,” said Chen Tiantian, a manager at Moka Bros. “It’s painful. We hope the epidemic will quickly pass.”

There are at least 213 confirmed COVID-19 deaths in the state, including 42 in the Mahoning Valley. But no new ... 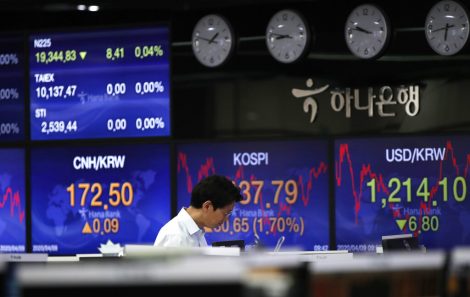 YOUNGSTOWN -- Bishop George Murry's leukemia has returned, according the Diocese of Youngstown. Murry is currently ... 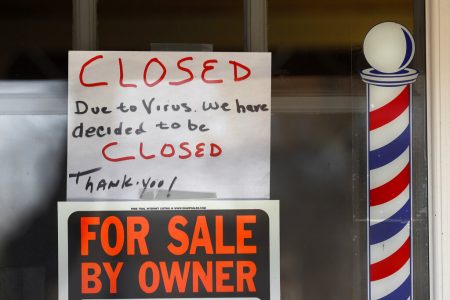 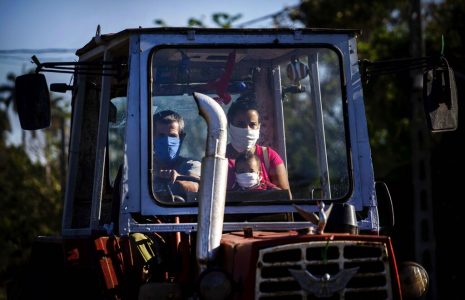 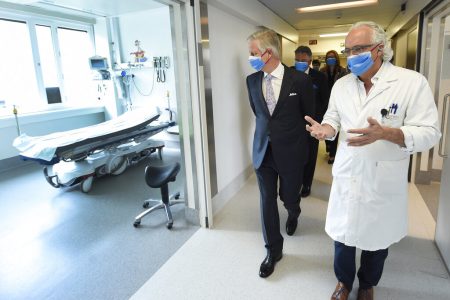