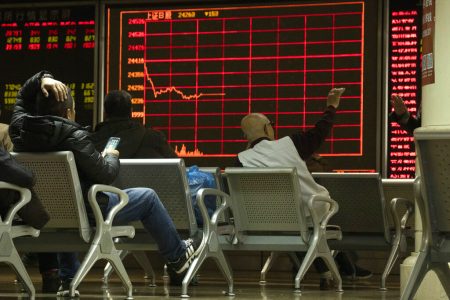 BANGKOK (AP) — Stock markets and the British pound rose today after Britain’s Conservative Party claimed a big win in the country’s general election, easing uncertainty over Brexit, and amid talk of a China-U.S. trade deal.

The resounding victory for Johnson should clear the way for him to carry out his plan to take the U.K. out of the 28-nation European Union by the end of January.

That should ease some immediate uncertainty over the timing of Britain’s EU exit, which has been dragging on for three years. But after that, talks on Britain’s future trade relations will last months, even years, after that.

The S&P 500 and Nasdaq set new highs on Thursday after President Donald Trump said the U.S. was getting close to a “big deal” with China.

Traders were also encouraged by a Wall Street Journal report saying Washington has offered to slash existing tariffs and cancel new ones set to kick in on Sunday in exchange for more agricultural purchases and intellectual property protection.

Markets have been quick to react to headlines and remarks out of the Trump administration about the 17-month trade war.

China’s Foreign Ministry did not confirm a deal was almost ready. Officials in Beijing instead highlighted how far apart the two sides still are.

“Negotiations must be based on the principles of equality and mutual respect,” said a foreign ministry spokeswoman, Hua Chunying, repeating Beijing’s long-held position. “The deal must be mutually beneficial, a win-win.”

“The U.S. side has successively imposed unjustified restrictions and crackdowns on China in economy and trade, science and technology and personnel exchanges,” Wang said. “As far as China is concerned, what we are pursuing is our justified rights of development.”

Uncertainty over trade has been the biggest wildcard for stocks this year, hurting manufacturing around the world and causing U.S. businesses to hold back on making investments. The saving grace for the U.S. economy has been a strong jobs market and consumer spending.

Speculation that the world’s two biggest economies could be close to reaching an interim “Phase 1” trade agreement spurred investors on Thursday to move money into technology, industrial and other stock sectors that tend to do well when the economy is growing.

Investors will get a look at new Commerce Department data today on U.S. retail sales in November. Economists expect retail sales rose last month. The measure gives more insight into consumer spending, which has been among the brighter spots in the economy helping to push growth.

Benchmark crude oil picked up 76 cents to $59.94 per barrel in electronic trading on the New York Mercantile Exchange. It rose 42 cents on Thursday. Brent crude oil, the international standard, gained $1.00 to $65.20 a barrel.