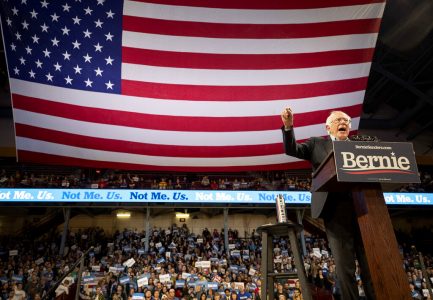 Sen. Bernie Sanders speaks during a rally with Rep. Ilhan Omar Sunday at Williams Arena at the University of Minnesota in Minneapolis. (Carlos Gonzalez/Star Tribune via AP)

WASHINGTON (AP) — Bernie Sanders is adding his support to a call by some of his fellow presidential hopefuls for decriminalizing illegal border crossings, a proposal that’s further exposing deep ideological divides in the Democratic primary and may prove politically treacherous for the party in the general election.

The Vermont senator released a detailed immigration policy proposal this morning, writing, “Unauthorized presence in the United States is a civil, not a criminal, offense.” He vowed to repeal existing statutes that put “border crossings on par with other forms of immigration violations, such as overstaying a visa.”

Massachusetts Sen. Elizabeth Warren called in July for repealing the criminal prohibition against crossing the border illegally, promising in her own immigration plan to “immediately issue guidance to end criminal prosecutions for simple administrative immigration violations.” South Bend, Indiana, Mayor Pete Buttigieg has suggested he’d support making illegal border crossings civil offenses, but not in cases in which “fraud is involved,” a potentially key caveat. Former Vice President Joe Biden also hasn’t fully backed decriminalization of illegal border crossings, saying during a July presidential debate, “If you cross the border illegally, you should be able to be sent back. It’s a crime.”

The issue illustrates another important fault line between relative moderates like Biden and Buttigieg and those White House candidates willing to openly embrace progressive values like Sanders and Warren. Still, grappling with full decriminalization could be a tough sell for Democrats after the primary when their nominee will face voters who may disagree with President Donald Trump’s hard-line U.S.-Mexico border policies — he leads cheers of “Finish the wall!” at his rallies — but worry about moving too far in the other direction.

“The problem with decriminalizing undocumented crossings is it fulfills the Republican narrative that Democrats want open borders, and that will be an absolute killer for us in November,” said Colin Strother, a Texas Democratic strategist who lived for years along the Rio Grande.

In this morning’s plan, Sanders also promised to use executive orders to halt construction of the U.S.-Mexico border wall, put a moratorium on all deportations until current federal policy can be audited and allow people seeking U.S. asylum to remain in the country while their claims are processed rather than being sent to Mexico or elsewhere. And he vowed to break up the Department of Homeland Security.

Sanders said he was taking back an issue that should be about humanitarianism and not be viewed through the national security prism it often has been since the Sept. 11 terrorist attacks — nor used to stoke racist fears for political gain like he said Trump has done. His advisers shrugged off concerns that decriminalizing illegal border crossings may make their campaign, or those of other Democrats, seem soft on immigration. 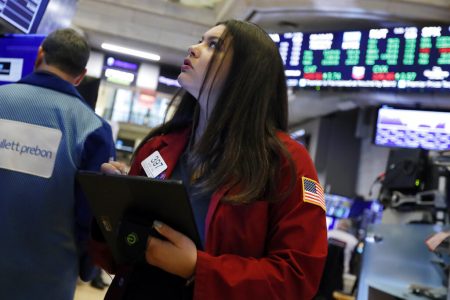 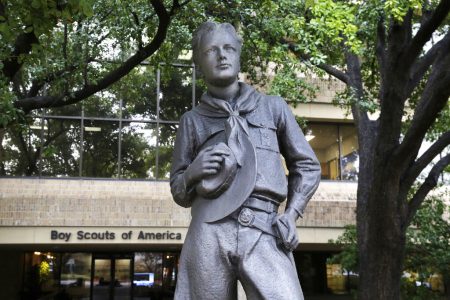 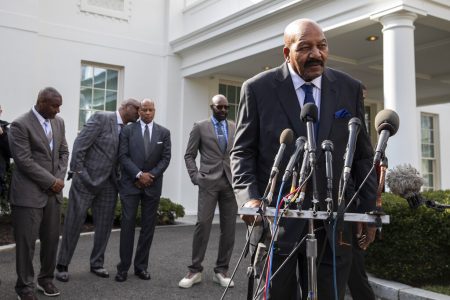