Another 1.3 million Americans sought unemployment benefits last week, a sign the economy is stumbling as the viral outbreak intensifies and threatens to slow hiring and deepen uncertainty for employees, consumers and companies across the country.

In Ohio, 33,382 new claims were made, pushing the total in the 16 weeks since the virus first struck to well north of 1.4 million.

The state, however, reported Thursday that the week ending July 4 marked the 10th in a row that continued applications for benefits declined, a signal Ohioans are returning to work. Those who remained jobless filed 347,587 fewer claims compared to the peak in April, when the state’s stay-at-home order depressed the economy and caused businesses to shed workers or close.

The U.S. Labor Department reported the more than 1.3 million people who applied for benefits is less than the previous week, but still roughly double the pre-pandemic weekly record. Applications had fallen steadily in April and May but barely have declined in the past month.

Jobless claims “are stalled out at a new normal of over a million new claims every week,” Daniel Zhao, an economist at Glassdoor, said. “The virus is in the driver’s seat, and we’re along for the ride until the current public health crisis is resolved.”

Some economists have even warned that a so-called “double-dip” recession, in which the economy shrinks again after rebounding, could develop. Consumers, the primary driver of U.S. economic growth, are pulling back on spending in restaurants and bars, especially in the hardest-hit states. Some small businesses are closing, either under government orders or because of a lack of customers, according to private data.

The total number of coronavirus cases in Ohio hit six digits Sunday. The Ohio Department of Health reported the ...

Trumbull County accounted for four of the 50 deaths added to Ohio’s COVID-19 toll on Saturday. The confirmed ... 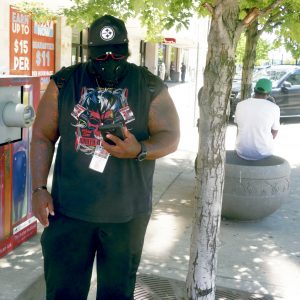 YOUNGSTOWN — Eastgate Regional Council of Governments received $400,000 through the CARES Act to update and ...