Valley’s auto sales fall in February, up for the year

WARREN — Automobile dealers in the Mahoning Valley overcame lackluster sales in February to stay out in front of numbers they set in early 2019, albeit by a slim margin.

In the first two months of the year, dealers in Mahoning, Trumbull and Columbiana counties sold 9,045 vehicles — 0.48 percent ahead for the same period last year that had 9,001 vehicles sold, according to the Greater Cleveland Automobile Dealers’ Association.

For February, overall sales in Mahoning County decreased 4.2 percent, led by a 10 percent drop in new car sales, which accounted for 1,970 deliveries compared to 2,189 in February 2019.

Dealerships in the county with the most sales were Sweeney Chevrolet, the top-selling dealer with 217; Greenwood Chevrolet, 208; and Sweeney Buick GMC, 177.

A day of additional selling — Feb. 29 for leap year — and the opening of the Cleveland Auto Show provided the momentum for the increase, said Lou Vitantonio, president of the dealers’ association.

“The car segment has flattened out, and SUVs and trucks are contributing to the increases,” Vitantonio said. 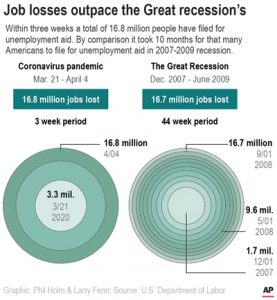 YOUNGSTOWN — First Federal Bank and Home Savings Bank, recently merged, are making a $100,000 commitment from the ...

BRITE gets new board member

WARREN— Warren native Sumit Kovoor has been named to the board of BRITE Energy Innovators, an incubator for ...