CANFIELD — Farmers National Banc Corp. reported net income for the third quarter of 2019 was $9.2 million, up from $8.1 million for the same three months last year and from $8.5 million from the previous quarter.

The financial results show the Canfield-based bank is outperforming itself from last year with a net income of $26.1 million through September compared to $23.9 million for the same nine months in 2018.

In August, Farmers announced a plan to merge with Maple Leaf Financial, the holding company of Geauga Savings Bank, which has branches in Geauga and Cuyahoga counties. The merger, expected to close in early 2020, increases Farmers’ market share in northeast Ohio.

YOUNGSTOWN — Home Savings Bank and First Federal Bank of the Midwest in Defiance have a new logo and branding for ...

Eastern Gateway gets OK to seek financing for buildings

YOUNGSTOWN — Eastern Gateway Community College can proceed with plans to buy and renovate two buildings that will ...

YSU GRADS RECOGNIZED: Several local people were among 16 students in the Williamson College of Business ... 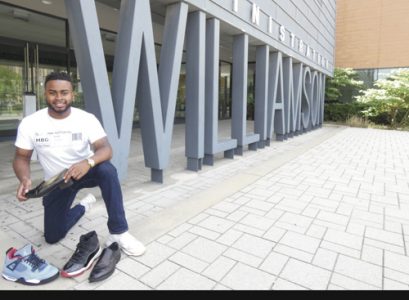