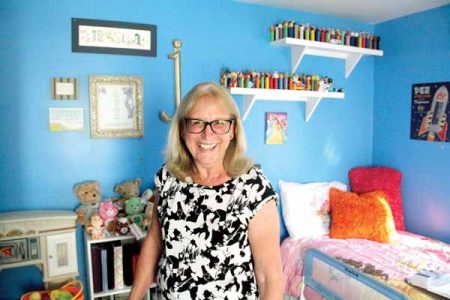 Chris Zifchak of Girard stands in the childhood bedroom of her daughter, Jessica, who lost a four-year battle with Hodgkin’s lymphoma in 2009. Zifchak, a breast cancer survivor, said she remodeled the room for her grandkids while leaving Jessica’s Pez dispenser collection untouched. Zifchak said projects such as this gave her a reason to keep going. Staff photo / Allie Vugrincic

GIRARD — Chris Zifchak has lived half of her life as a breast cancer survivor, which she said allowed her to help her daughter, Jessica, when she struggled for four years with Hodgkin’s lymphoma — a battle Jessica ultimately lost in 2009.

“Sometimes you don’t realize how things are already written,” said Zifchak. “Had I not experienced my journey I don’t know how well I would have been able to help my daughter.”

Zifchak was diagnosed with stage 2 breast cancer in 1989 at age 30. At the time, she had three young daughters.

“One of my earliest and greatest challenges came when my daughter, Stefanie, asked me, ‘Mommy, who will take care of me if you die?'” Zifchak said.

She said that was the moment she realized she had to survive to be there for them.

After six rounds of chemotheraphy over the course of about six months and a left modified radical mastectomy, Zifchak was cancer free.

“And now I get to see my grandchildren,” she said.

In 2005, Zifchak’s daughter and Stefanie’s twin, Jessica, then 21, was diagnosed with Hodgkin’s lymphoma. “It’s different when it’s somebody older, because you like to think they’ve lived a good life,” Zifchak said. “With young people it’s all those hopes and dreams that are gone. It’s like you just don’t believe it.”

Jessica went through chemo, had two stem-cell transplants, and did chemo again. She died at the age of 24.

Zifchak said her experience with cancer has taught her to never take anything for granted — especially banner moments in her children’s lives as they grew up. Now, Zifchak has sayings displayed around her house where she will most often see them, which echo her sentiments about living each day to its fullest and appreciating the little things.

Her house is full of photographs of her family. Zifchak said she used to avoid having her photo taken, but started making an effort to be in photos when she was diagnosed so something of herself would be left for her children.

“I thought, if I die, they aren’t going to know what I look like,” Zifchak said.

She said with cancer, a large part of the battle was in the mind — and for a patient, that means always remembering you are not your disease.

Zifchak credits her own strength of mind with her upbringing. She said her parents, who immigrated from Germany in 1956, were shaped by their experiences, and their attitude rubbed off on Zifchak and her sister.

“I got a lot of strength from them right off,” Zifchak said.

Zifchak said both when she had cancer and now, she gives herself projects and goals to keep going.

“As long as I have that project, that goal, I have to stay here,” she said.

One of Zifchak’s biggest projects was cleaning out Jessica’s room. She said it took “a long time” before she was ready to change what her daughter left behind. Eventually, she found a compelling reason.

“I turned it into a bedroom for the grandkids,” Zifchak said.

She decorated the room for Stefanie’s son and daughter, but kept “Aunt Jessica’s” Pez dispenser collection on the shelves, exactly the way she left them.

“It has life in there again,” said Zifchak, who said she often plays in the room with her grandkids. Her grandson, 7, has been eyeing Jessica’s Pez collection, but Zifchak isn’t ready to give it up yet.

After Jessica’s death, Zifchak became involved with a Cancer Caregiver support group founded by Joyce Aleshire. Jessica and Aleshire, a manager, were on the team that opened the Girard Brusters Ice Cream.

Zifchak said at first she wasn’t sure if she could handle joining the group, but thought to herself, “You know Jess loved that lady, maybe this is what I’m supposed to do.”

The group is comprised of people who cared for family or friends with cancer, and serves as a support group for those who are still caring for loved ones. Members offer advice and suggestions on how to provide care.

In a win for original news reporting from reputable media organizations, Facebook launched a change in the kinds of ...

BOARDMAN — The brightly colored pictures and lettering on Kelsie Rudolph’s placemat also acted as an imprint of ...

Blessed to have the rain

Recently, we received more than an inch of much-needed rain. The grass was turning brown, so the rain will help the ... 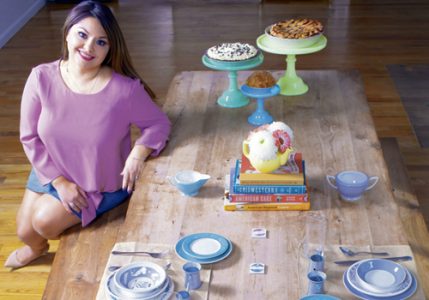 In mid-March, when schools closed over COVID-19 fears, I was in denial. I thought, “These kids aren’t going to ...